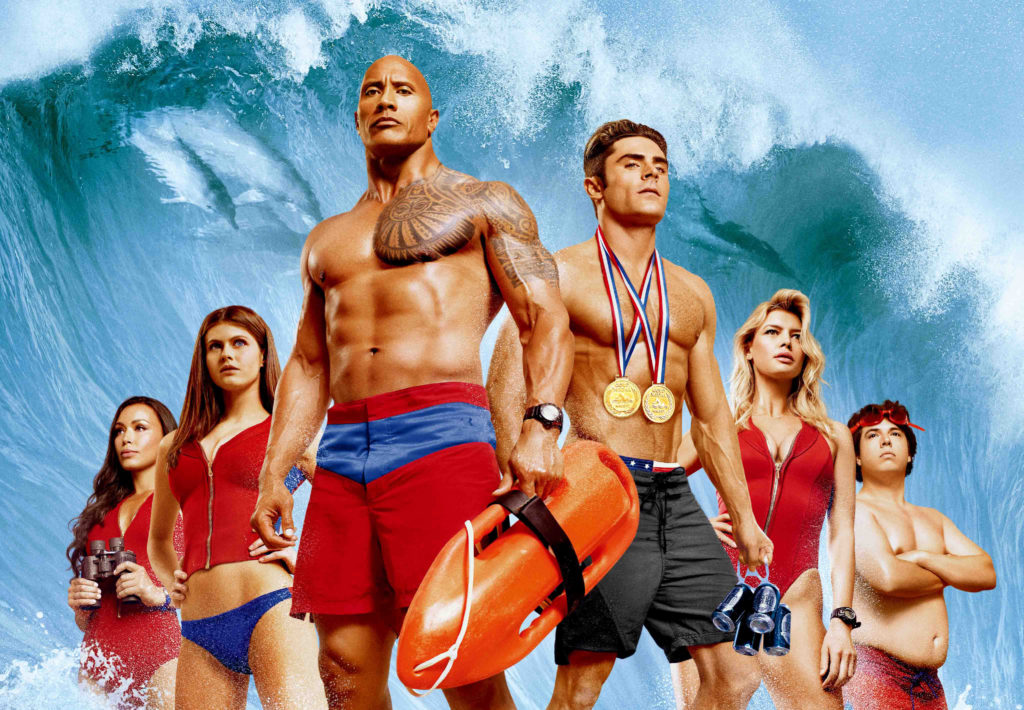 I have not read one single good review about this movie, yet I still went to see it because of the trailer. And I’m glad I did, because Baywatch is the easy-breezy summer comedy you didn’t know you needed.

Think about it – could you watch an episode from the old TV show again? No, because it’s kind of stupid. It’s all about hot people running in slow motion in the sun and doing stuff the police should be doing. If you don’t hold that against them, don’t really look for character development and overlook the plot holes, it’s a great show. Don’t we all need that sometimes?

Plus, it’s led by The Rock, who can do no bad. Zac Efron, newly self-appointed Hollywood douchebag, allows himself to be the jester, which is not a bad place for him at this point in his down-sloping career. And you’ve also got Alexandra Daddario, hot as ever, making googly eyes and playing hard to get.

There are some other hot girls, even one model who used to be Leonardo DiCaprio’s bonafide and yes, I am absolutely holding that against her, and a comic relief fat guy. Given the whole point of the movie, I don’t understand his presence, but it’s one of the things I’m willing to let go.

All the other stupid, yet praised, comedies, like 21 Jump Street and Pitch Perfect, are not better than this one. Yet, the critics chose to dismiss it. You shouldn’t, it’s fun and it totally deserves a sequel. Enjoy!